Holly Haworth is an award-winning author whose work has been included in The Best American Science and Nature Writing and listed as notable in The Best American Travel Writing. She is a recipient of the Middlebury Fellowship in Environmental Journalism and has been nominated twice for a Pushcart Prize. 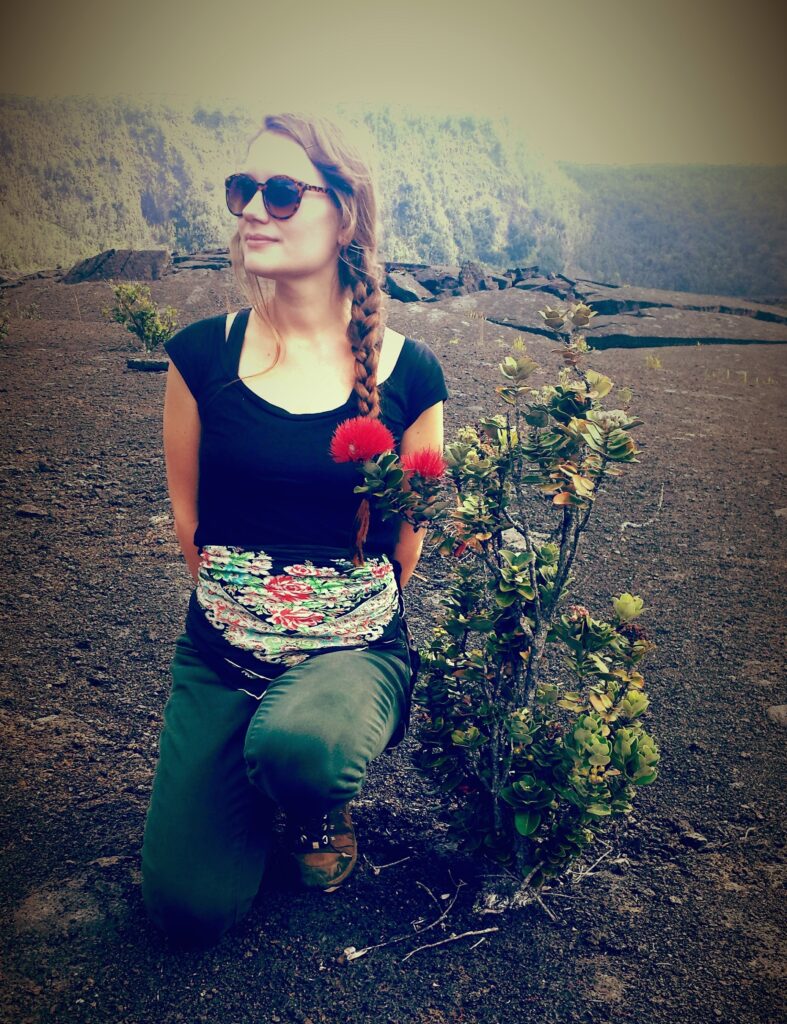 {photo on home page taken in a broomsedge field in Winterville, Georgia, by Katherine Copley}

An essayist and reporter, her work is focused on ecology, history, science, culture, spirituality, technology, and nature. Her essays and articles have appeared in The New York Times Magazine, Orion, Literary Hub, Lapham’s Quarterly, Oxford American, Creative Nonfiction, Terrain.org, Virginia Quarterly Review, In These Times, The Utne Reader, Sierra, and at the On Being radio program blog.

She is a recipient of the Middlebury Fellowship in Environmental Journalism, the Thomas J. Lyons Fellowship from the Western Literature Association, and the Jackson Fellowship at Hollins University, where she earned an MFA. In 2015, she was the Artist-in-Residence at Guadalupe Mountains National Park.

In addition to writing, Holly is an educator, a forager, an herbalist, and a naturalist. She earned a Southern Appalachian naturalist certificate at the Great Smoky Mountains Institute. Originally from East Tennessee, she has lived in New Mexico, Utah, and Virginia, and is currently based in the Georgia Piedmont.

She is a member of the Society of Environmental Journalists.

Holly is represented by Bonnie Nadell at Hill Nadell Literary Agency in Los Angeles and is at work on a book about listening, for Bloomsbury.